My darling dearest husband got excited recently when a friend in his work said he knew a butcher who sells mince beef in big bags for £10 and decided to get himself a bag. 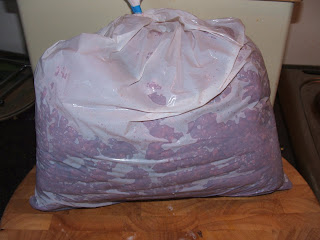 Meaning the following day I spent some time spliting it into different weights for freezing to use at a later date. 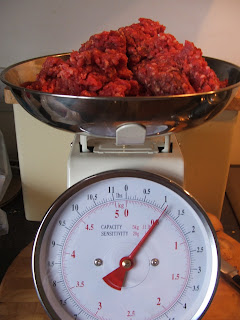 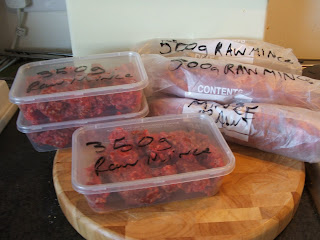 But this wasn't all of it, I cooked some at the same time and made some cottage pie at the same time (with a few edits to the recipe described in that link. Gravy was used instead of cottage pie sauce mix, 2 tbsp of cumin was added to the gravy before it was mixed with the mince, and a few handfuls of crushed salted crisps - aka chips in the USA - spread on the top) 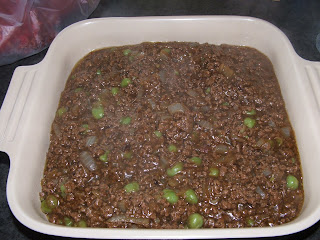 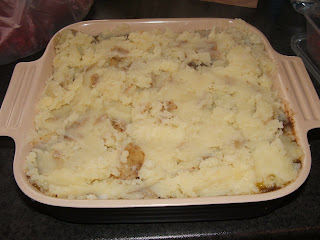 The end result was very very tasty! The cumin gave it a nice kick. 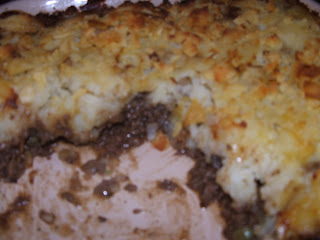